We welcome the weekend with the third instalment in our Creative Process series with an interview featuring another published author, Emma Marlow.

What type of environment do you need to write? 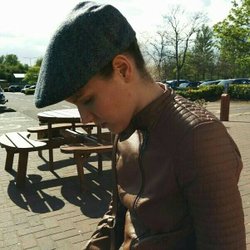 I prefer to write when I’m alone – that’s when I work best – but I often have to write at the kitchen table whilst my daughter covers everything in hummus. I can’t write if someone’s got music or the TV on. If my husband wants to watch TV, I have to relocate to a different part of the house.

How do your ideas come to you? Do you always write them or do you let them disappear?

Ideas usually just come to me. I tend to get one or two key “scenes” which just pop into my mind. I let the image play on repeat and then slowly flesh it out a bit until it’s something I can’t forget. I never write an idea down – even if I get an idea just after I’ve started on a new project, and it’s therefore something I won’t be able to work on for months. I find writing it down tends to sap the life out of it, and I lose my passion for the idea. So far – touch wood! – I’ve never forgotten an idea.

Do you plan a story from the beginning to end or start with an idea and let the chapters come to you as they do?

I never plan a story; I just have those one or two key scenes as landmarks. I just start writing and meander along until I get to that scene I’ve known that I wanted to write. Sometimes the scene has to change a little because of how I’ve written the story, but the premise is always the same. I never know how a story is going to end when I start writing it. I like the ending to surprise myself. I like it to naturally unfurl, rather than trying to make my writing fit something I’ve pre-planned.

I’m not keen on stories much below 90k words because I tend to feel that they’re under-developed. That said, I’m not the most concise writer ever, so other people could probably write my stories much more succinctly. No matter the length of the story, I like to always have something that’s a bit on an ensemble piece. I like to layer my stories so that there are little sub-plots, and not just the main storyline of the protagonist.

Is there anything that you won’t write or feel uncomfortable 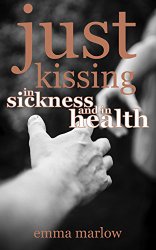 I’d give anything a try. So far I’ve tried my hand at historical fiction, romance, chick lit, mystery/crime thrillers, sci-fi, drama and a bit of erotica. I tend to prefer writing about things that are real, past or present, so fantasy, sci-fi, monsters or talking animals… I don’t really enjoy that so much.

What do you do to cure writer’s block?

In the first instance, I quiz my husband. We are completely different creatures, so he always looks at plots etc. from an entirely different perspective. He’s helped me out a few times, and managed to get me back on track. If talking it through doesn’t solve the problem, I set the story aside, and start a new project. The story will either come or it won’t, and if I persevere when it’s just not coming to me, I’ll end up with something I’m unhappy with. It means a few stories which have been abandoned about about 90k words, but some of them I intend to come back to one day.

Read all the time. I think the more you read, the better you’ll be at writing. If you read other people’s work – self-published or otherwise – and think that your writing is just as good, why shouldn’t you share it with people? If you’re anxious about how your writing will be received, pick a pen name. You don’t even have to tell your friends or family that you’re writing. When you can self publish eBooks, post on writer’s forums and the likes of wattpad, you have a certain anonymity which can take away the fear for a new writer. If you do decide to share your stories, don’t get too hung up on critical feedback; you can’t please everyone.

What is your favourite book and why?

For me, the best books are those I read as a teenager; books which have left a lasting impression more than a decade later: North and South, Jane Eyre, The Count of Monte Cristo, Bridget Jones’ Diary. Each story was immersive and emotionally engaging. I feel a fierce loyalty to those books and could read them time and again. The best thing I’ve read recently is probably Prue Batten’s Gisborne Saga; the history, the research, the intrigue – it’s incredible!

Get her novels from AmazonUK and AmazonUS

Sample her work, including her North & South-inspired fic “Shadow in the North” on Wattpad.